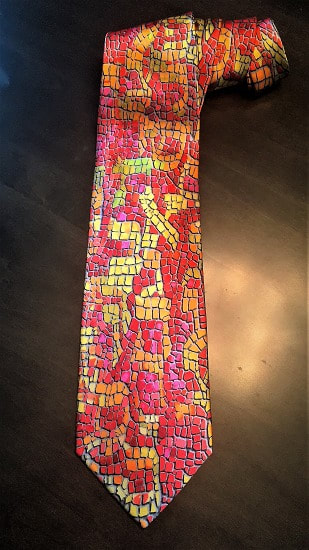 The modern Hebrew alephbet as used in Israel today and the standard Hebrew alephbet used in today's Hebrew Bible is in fact derived from the Aramaic alphabet. It was used by Israel at the time of their Babylonian captivity. The original Hebrew alephbet is pictographic similar to Egyptian Hieroglyphs. Hebrew of today is a spoken language that is based upon the written Hebrew from old Hebrew texts, and is the only colloquial speech in the world based on a written language.

Hebrew comes from Egyptian "apiru", which was the designation used for class in the Egyptian society hiring themselves out for specific services.

Add to Cart
Hebrew alephbet used in today's Hebrew Bible is in fact derived from the Hebrew of today is a spoken language that is based upon the written Hebrew from old Hebrew texts, and is the only colloquial speech in the world based on a written language. Hebrew consists of 22 consonants, written from right to left. Vowels are normally not written. A method of indicating vowels is ascribed to the scholar Masoretes, and today these Masoretic points are used in scriptures, children's books, and also poetry. Biblical Hebrew is noted for a relatively small vocabulary, and there were only 2 verb tenses, perfect and imperfect. This caused problems to writings that dealt with time as a central factor, and combinations of perfect and imperfect were used to expand the range of time descriptions. Archeological evidence indicates that the original Hebrew script is related to the Phoenician script that was in wide use in the Middle East region at the end of the 2nd millennium B.C., and which eventually evolved in Europe into the Greek and Roman alphabets. During the Babylonian exile , the Jews adopted a more modern form of the same script from the Babylonians. It was the "square" alphabet that is still used today. "Square"-related scripts were in use all over the Middle East for several hundred years, but following the rise of Christianity (and later, the rise of Islam), they gave way to the Roman and Arabic alphabets, respectively. According to traditional Jewish thought, the Hebrew writing system contained all the current letters at the time of Moses. Following the decline of Hebrew and Aramaic as the spoken languages of the Jews, the Hebrew alphabet was adopted in order to write down the languages of the Diaspora (Yiddish and Judaic-Spanish), probably because it was easier to teach Tanakh to the children that way. The Hebrew alphabet was retained as the official alphabet used for writing down the Hebrew language during its rebirth in the end of the 19th century.