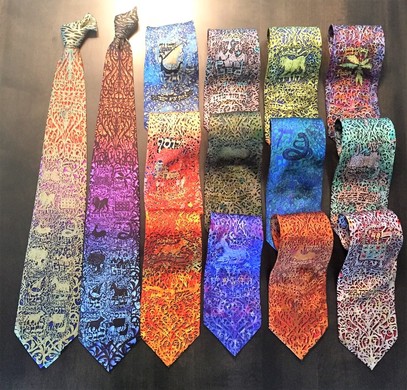 $36.00
Asher: was the eighth son of Jacob, and the second of Jacob's two sons by Zilpah, Leah's maid. The other son by Zilpah was Gad.The name Asher means "happy."When Jacob blesses his 12 sons in Genesis, chapter 49, he said that Asher would have a life blessed with an abundance of food and delicacies befitting a king (Genesis 49:20).

$36.00
Benjamin: was the twelfth and youngest son of Jacob. His mother was Rachel, Jacob's wife. Benjamin was born during the journey that Jacob and his family took from Padan Aram to Canaan. His mother Rachel named him "Ben-oni," meaning "Son of my sorrow," before she died during the childbirth, but Jacob called him Benjamin.The name Benjamin means "Son of my right hand." Joseph, Benjamin's brother was sold into slavery by his other brothers.

$36.00
Dan: was the fifth son of Jacob, and the first of Bilhah, who was Jacob's concubine and the maid of Rachel, who was Jacob's wife (Genesis 30:1-6). The name Dan means "to judge".When Jacob blessed his sons in Genesis 49:16-18, it is stated that Dan would provide justice for his people.

$36.00
Issachar: was one of the twelve sons of Jacob. His mother was Leah, who also gave birth to Reuben, Judah, Simeon, Levi and Zebulun. Issachar is the ancestor of the Tribe of Issachar. When Jacob blessed his sons, in Genesis 49, Issachar was described as a beast of burden who would submit to forced labor. (Genesis 49:14-15). Isaachar's name is often linked together with Zebulun, his brother.

$36.00
Joseph:Joseph was one of 12 sons of Jacob. He was the first born son of Rachel (Gen 30:22-24).The name Joseph means "May God increase."
He received preferential treatment which angered his ten older brothers. His brothers faked his death to their father Jacob, and sold him to a caravan of Ishmaelite traders who were on their way to Egypt.

$36.00
Judah: was one of the twelve sons of Jacob. His mother was Leah, who also gave birth to Reuben, Levi, Simeon, Issachar and Zebulun. Judah was the founder of one of the 12 Tribes of Israel.A region of Israel, which included the city of Jerusalem, was named after Judah. In fact, Judah became the name of the southern kingdom when Israel divided into two kingdoms about 2900 years ago.

$36.00
“And thy brethren also, the tribe of Levi, the tribe of thy father, bring thou near with thee, that they may be joined unto thee, and minister unto thee, thou and thy sons with thee being before the tent of the testimony.” (Numbers 18)

$36.00
Naphtali: was one of the twelve sons of Jacob. His mother was Bilhah, who was a servant to Rachel, who was Jacob's wife. Bilhah also gave birth to Jacob's son Dan. Naphtali was the founder of one of the 12 Tribes of Israel. A region in northern Israel was given his name, near the Sea of Galilee. When Jacob blesses his sons in Genesis 49, he describes Naphtali as a deer that has been set free. (Genesis 49:21).Barak, who commanded the armies with Deborah, was from the region of Naphtali (Judges 4:6).The Tribe of Naphtali is praised for bravery in the Song of Deborah (Judges 5:18) in defeating Sisera and the Canaanites. When David became king over all of Israel, the tribe of Naphtali joined David in the town of Hebron with a large army.

$36.00
Reuben was the first child of Jacob and Leah, and the founder of the tribe of Reuben. When the Bible lists the names of Jacob's 12 sons, Reuben's is listed first. But Reuben lost the privileges that traditionally were given to first-born sons because he had an affair with Bilhah, who was his father's concubine (Genesis 35:22). Reuben, however, is noted for some good things. He intervened with his brothers to spare Joseph's life in Genesis 37:21-30. He also offered his own sons as surety for Benjamin's safety in Genesis 42:37.

$36.00
Simeon: is the second son of Jacob and Leah, and the founder of the tribe of Simeon. When ten of the sons of Jacob went to Egypt from Canaan to buy food during a famine, Simeon was imprisoned by Joseph as a guarantee that Benjamin, Joseph's younger brother, would be brought to him (Genesis 42 and 43). Simeon and Levi killed the people of Shechem to avenge the rape of their sister Dinah. Jacob rebuked them for the murders, and sharply criticized them in his last words before his death (Genesis 49:5-6).

$36.00
The design features all the names of the 12 sons of Jacob who became the 12 tribes of Israel. Each  tribe is represented by their symbol that was named in the Bible.

$36.00
The design features all the names of the 12 sons of Jacob who became the 12 tribes of Israel. Each  tribe is represented by their symbol that was named in the Bible.

$36.00
Zebulun: was one of the twelve sons of Jacob. His mother was Leah, who also gave birth to Reuben, Judah, Simeon, Levi and Issachar. The name Zebulun means "Gifts". Zebulun is the ancestor of the Tribe of Zebulun. The tribe played an important role in the victory against Sisera's army at the brook of Kishon, and in Gideon's victory against the Midianites. One of the Judges of Israel, named Elon, and the prophet Jonah came from Zebulun. The tribe was renowned as seafarers.

Shop
​“Now these are the names of the sons of Israel, who came into Egypt with Jacob; every man came with his household: Reuben, Simeon, Levi, and Judah; Issachar, Zebulun, and Benjamin; Dan and Naphtali, Gad and Asher. All the souls that came out of the loins of Jacob were seventy souls; and Joseph was in Egypt already”. (Exodus 1: 1-5)
In the Bible, the Israelites are described as descendants of the twelve sons of Jacob whose name was changed to Israel in Genesis 32:28. The Bible contains about two dozen listings of the twelve sons of Jacob and/or tribes of Israel. Some of these are in very brief lists, while others are spread out over several paragraphs or chapters that discuss the distribution of the land or name certain representatives of each tribe, one after another.